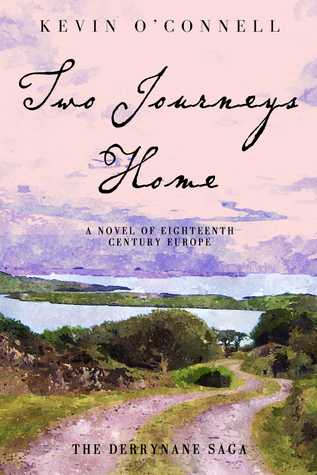 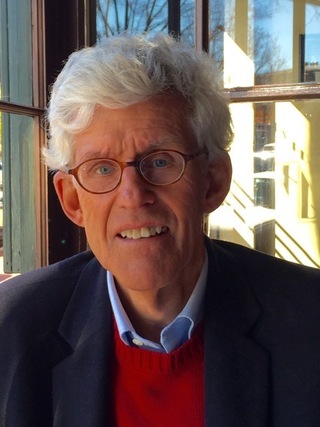 What an extraordinary experience was the virtual book tour arranged for my second book, Two Journeys Home: A Novel of Eighteenth Century Europe, some weeks ago by Stephanie Moore Hopkins of Novel Expressions. Beautifully planned and flawlessly-executed, it resulted in the publication of an atypically-interesting mix of posts, excerpts from Two Journeys Home, an interview and several (largely-positive) reviews.

Of equal – or, perhaps even greater significance – was that it brought me to the understanding that, no matter the quality of one's work, despite its encouraging reception by reviewers and readers and notwithstanding the already-strong creative team in-place – including a brilliant cover designer, talented formatters and copywriters, a caring mentor and an awesome editor – absent an equally capable, highly-experienced and, in this case, caring publicist, the on-going process of increasing ones readership may well prove to be an exercise in frustration.

The author needs to maintain an open mind, as well as a willingness to listen and learn of things that might be largely-unfamiliar, even off-putting to one – especially, shall we say, some more "senior" authors. Stephanie has gently schooled me in the realities of the roles played by social media in the publishing, sales and distribution process. A striking Facebook page focused on the Derrynane Saga – Novels of Eighteenth Century and, indeed, this Blog itself, are the tangible results of her education and counsel.

And – even as I continue work on the third book in the Saga, I look forward to communicating via – and hopefully learning from readers near and far – this blog. -Kevin O'Connell

It's 1767. As the eagerly anticipated sequel to Beyond Derrynane begins, Eileen O'Connell avails herself of a fortuitous opportunity to travel back to Ireland. In Two Journeys Home, the O'Connells encounter old faces and new—and their lives change forever.

Her vivacious personality matched only by her arresting physical presence, Eileen returns to Derrynane this time not as a teen aged widow but as one of the most recognised figures at the Habsburg court. Before returning to Vienna she experiences a whirlwind romance, leading to a tumult of betrayal and conflict with the O'Connell clan.

Abigail lives not in the shadow of her sister but instead becomes the principal lady-in-waiting to Empress Maria Theresa.

Hugh O'Connell leaves behind waning adolescence and a fleeting attraction to the youngest archduchess when he begins a military career in the Irish Brigade under Louis XV. But more royal entanglement awaits him in France…

Author Kevin O'Connell again deftly weaves threads of historical fact and fancy to create a colourful tapestry affording unique insights into the courts of eighteenth-century Catholic Europe and Protestant Ascendancy–ruled Ireland. Watch as the saga continues to unfold amongst the O'Connells, their friends and enemies, at home and abroad.

O'Connell is a fantastic storyteller. His prose is so rich and beautiful it is a joy to read. The story is compelling and the characters memorable – all the more so because they are based on real people. . . I am Irish but I did not know about this piece of Irish history. It is fascinating but historical fiction at the same time . . . Highly recommended for historical fiction lovers!

I enjoyed the first part of the Saga awhile back . . . (and) couldn't wait to continue the story of Eileen and her family . . . this author really does have a way with words. The world and the characters are so vivid . . . Overall, I was hooked from page one. I honestly think that (Two Journeys Home) was better than (Beyond Derrynane) – which is rare. The characters and world-building was done in such a beautiful manner . . . I can't wait for the next one . . .

Two Journeys Home: A Novel of Eighteenth Century Europe . . . is a gripping story that will transport the reader back in time, a story with a strong setting and compelling characters . . . a sensational romance, betrayal, family drama and intrigue . . . The plot is so complex that I find it hard to offer a summary in a few lines, but it is intriguing and it holds many surprises . . .  great writing. Kevin O'Connell's prose is crisp and highly descriptive. I was delighted (by) . . . how he builds the setting, offering . . . powerful images of places, exploring cultural traits and unveiling the political climate of the time . . . The conflict is (as well-developed as the characters) and it is a powerful ingredient that moves the plot forward . . . an absorbing and intelligently-crafted historical novel . . . .

Kevin O'Connell is a native of New York City and the descendant of a young officer of what had—from 1690 to 1792—been the Irish Brigade of the French Army, believed to have arrived in French Canada following the execution of Queen Marie Antoinette in October of 1793. He holds both Irish and American citizenship.

A lifelong personal and scholarly interest in the history of eighteenth-century Ireland, as well as that of his extended family, led O'Connell to create his first book, Beyond Derrynane, which will, together with Two Journeys Home and the two books to follow, comprise the Derrynane Saga.

The father of five children and grandfather of ten, he and his wife, Laurette, live with their golden retriever, Katie, near Annapolis, Maryland.

Book Review – before the second sleep